The Helmet Philosophy in Dilli

I would like to introduce you to my colleagues and at the same time briefly talk about the helmet philosophy in India. It is a familiar sight on Delhis streets that the motorbike rider wears a helmet, meanwhile his wife or children don’t. For years helmets in India have been optional for women but law changed quite recently. Today women have to wear a protection, except Sikh women. For those a scarf or turban is acceptable, because some argue that wearing a helmet would go against their religion. We did a reality check on Dillis streets to see what people actually wear on their head: 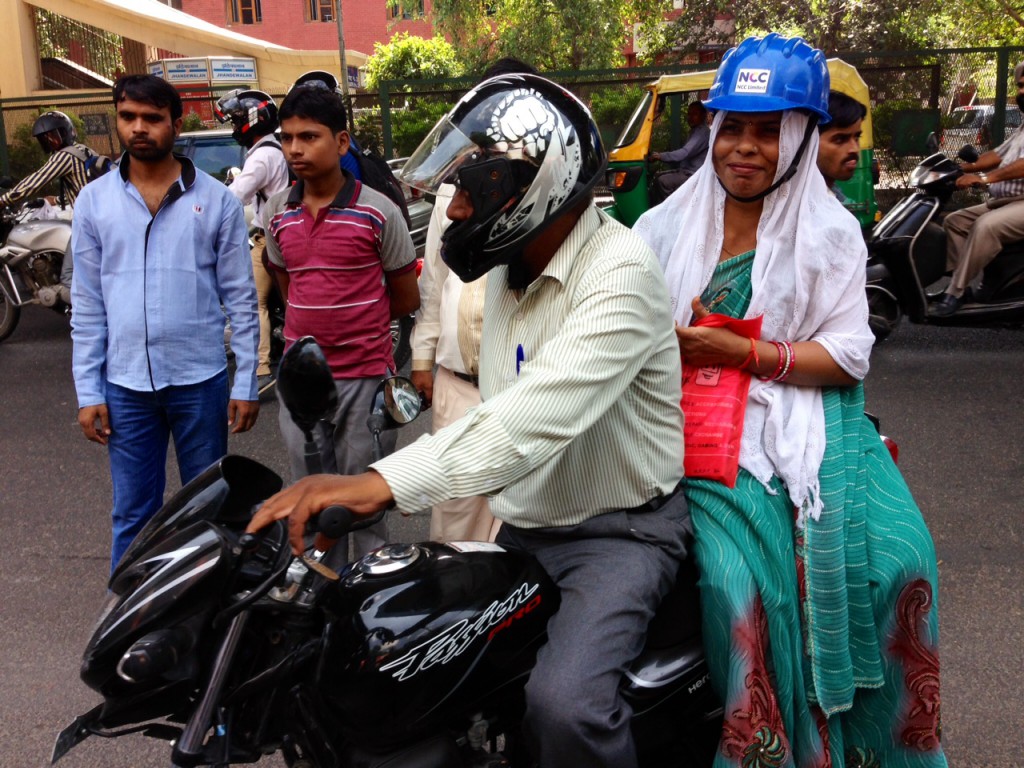 It is quite common for some women to cover their head with a construction worker helmet – at least something. In 2013, 63 women have died in motorcycle accidents on Delhis streets according to the traffic police. We also saw many women with scarfs and no protection as well as children. Some agreed that safety should come first and wearing a helmet would be better, others argued that wearing a helmet would ruin their hairstyle. One can only hope that the rational argument will outbalance the beauty one.

During the shoot on Delhis streets I took some action shoots of the team of the first german TV. First you can see our office in the district Sundar Nagar. 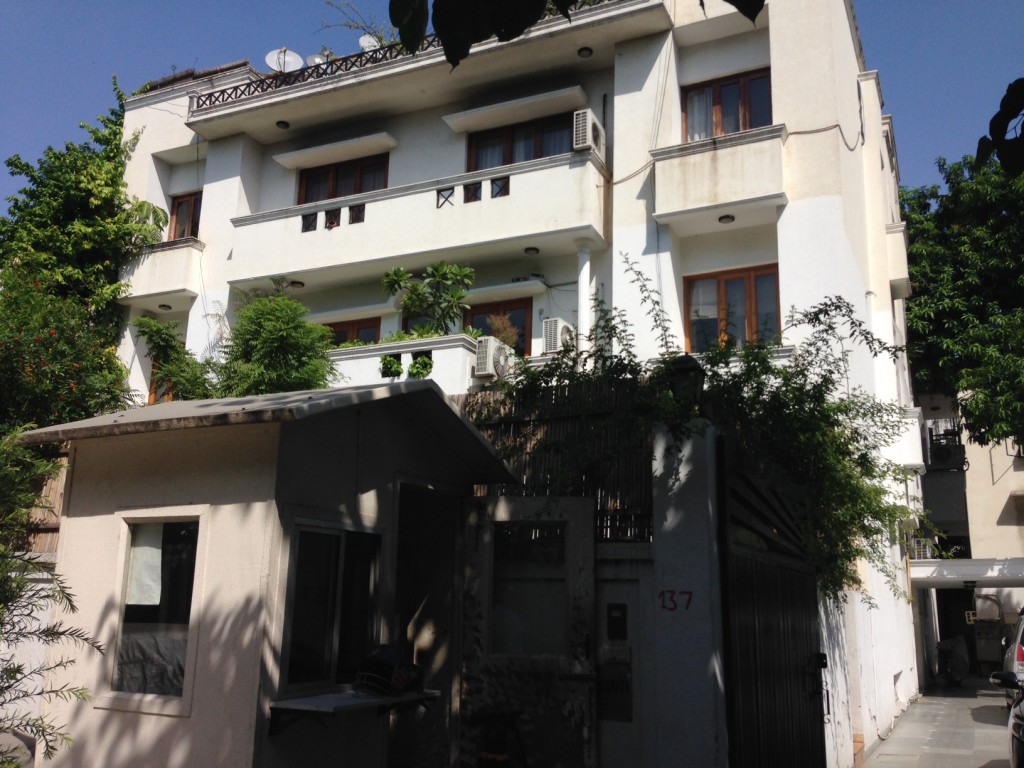 Some of my colleagues ride a motorbike to work themselves. For me this is quite impressive, as I already get stressed out in a Tuck-Tuck in some very crowded streets in Delhi. 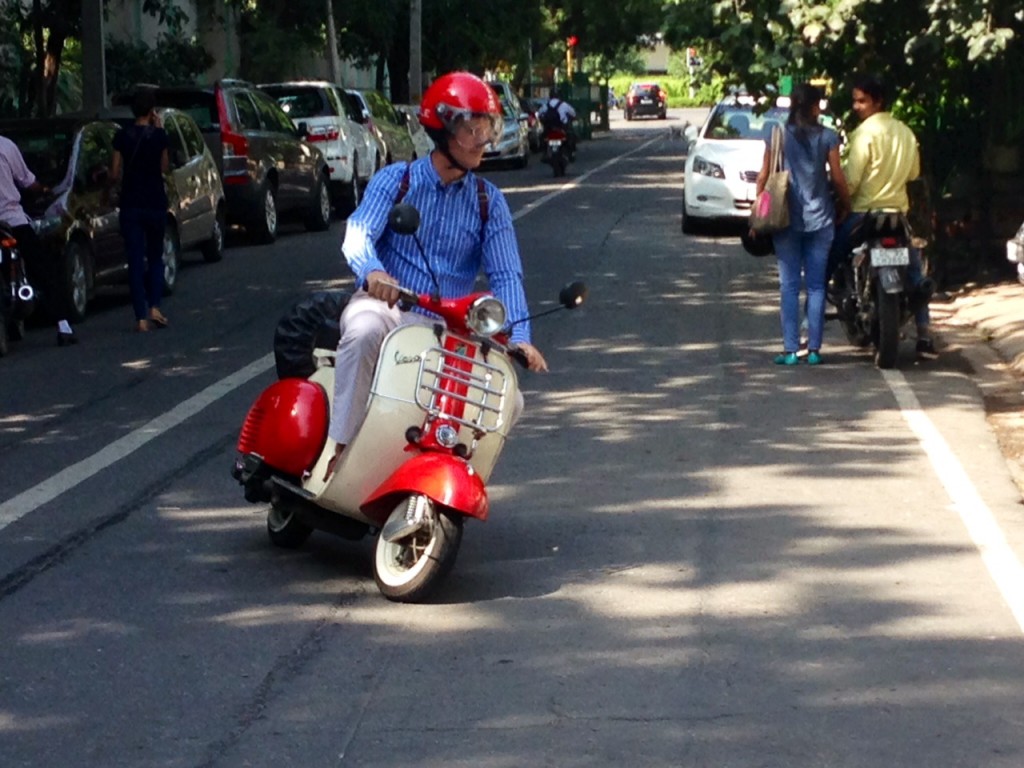 Our Camera-Man did a big effort to get the best results. We went on the shoot with a big crew. 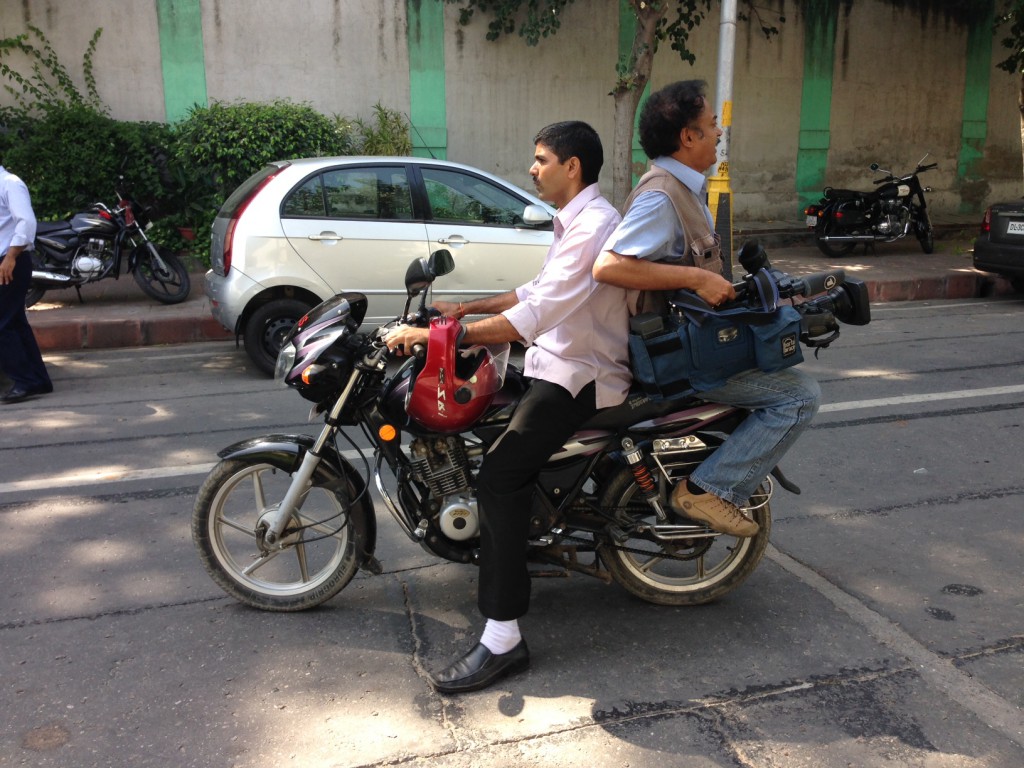 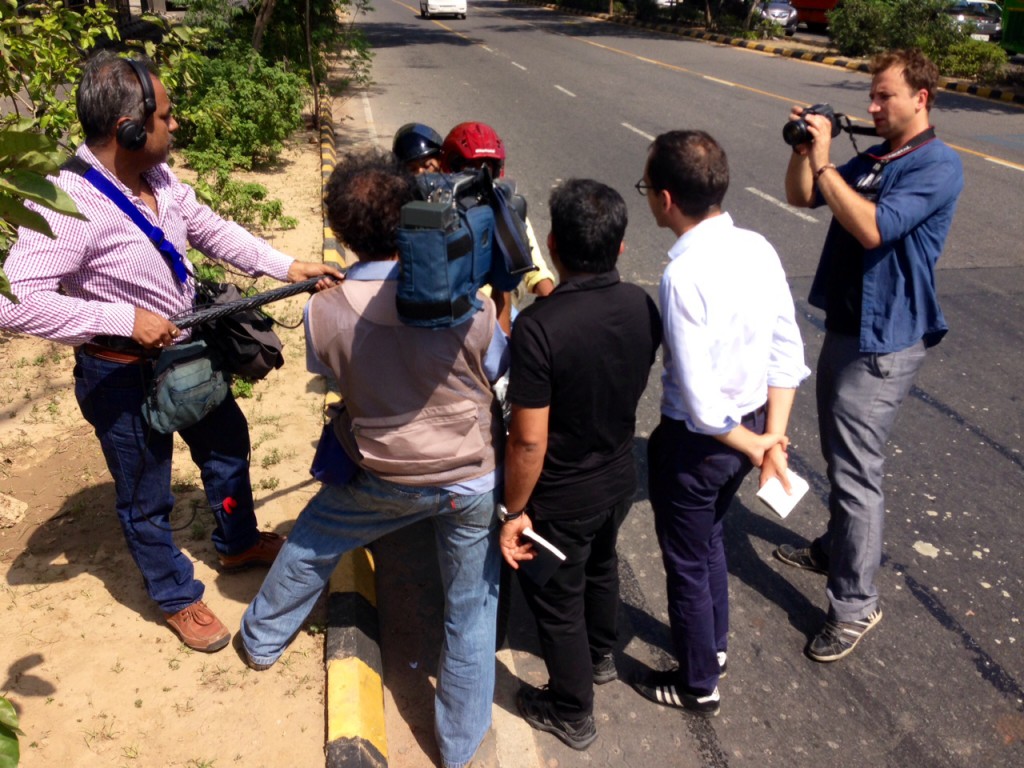 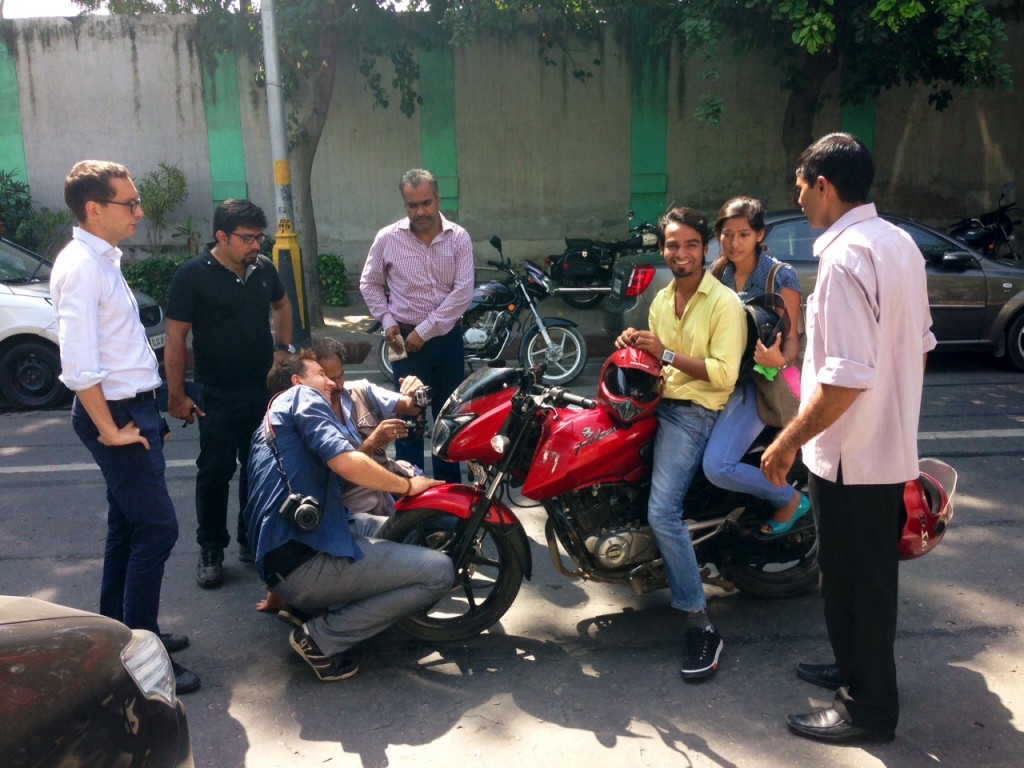 After some time we needed at break and conquered a juice bar – the owner was currently away so one of us had to make the refreshing drinks. 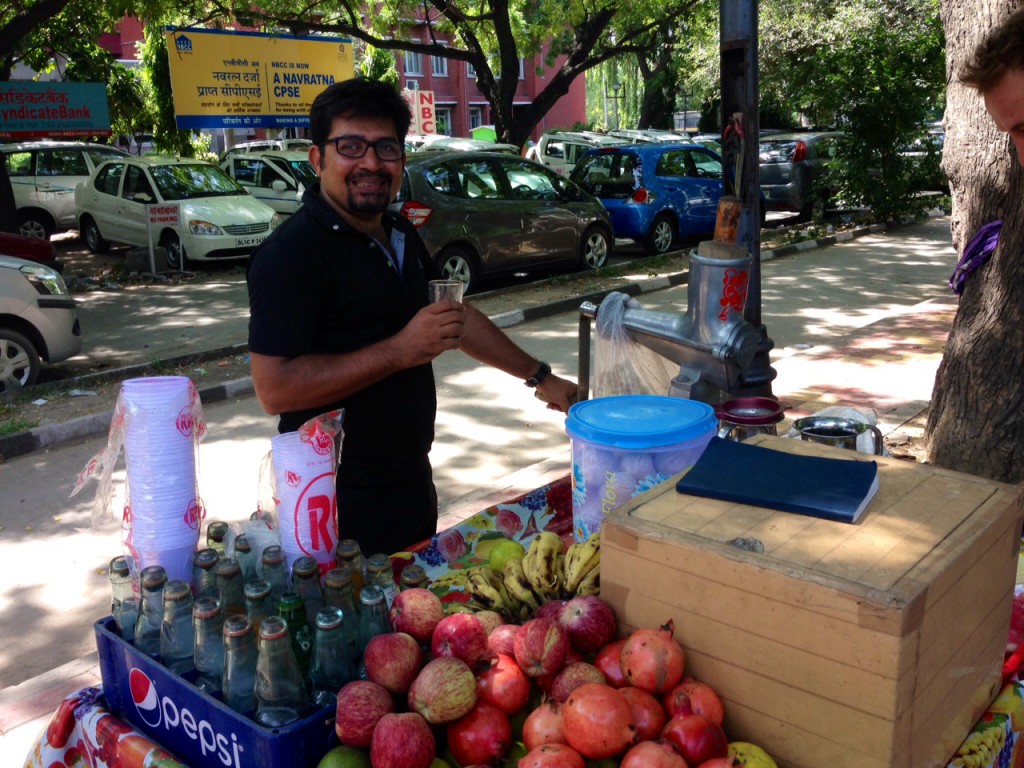 Looking forward to many more shoots in Dilli Dilli.

Diwali in a Hindu Temple

Learn from the Nirbhaya case, please!